So yeah, we’re still without power in West Chester, PA. It’s been 20 hours since the lights first dimmed, interrupting my Kazaa downloads and Instant Messenger conversation-juggling.

After a long, boring night (see pictures below), I got up and managed to snake my way into work via the back roads. At around noon today (about 15 hours into the outage), I ventured out onto the main roads in search of lunch. To my surprise, in many of the busiest areas the traffic lights were dead. The drivers who were willing to wedge themselves into cross-traffic got through the busy intersections. Those too timid to do so, didn’t.

I tried to two-way a coworker for lunch plans, to no avail. “NO SERVICE” was my Nextel’s unfamiliar rebuff. I had to drive around for about 10 minutes until I finally obtained a signal, at which point I screeched off the road into a school parking lot and dialed frantically, like a junkie fondling his new crack pipe.

I drove to Shop Rite, a large grocery store near the office. The doors were propped open, and I didn’t realize why until I had nearly entered the store. I was immediately turned away by the awful smell of rotting food.

Crucial convenience stores like Wawa were closed as well. That left people flooding to the powered part of town, crammed in long drive-thru lines at Burger King. “Now we know what it’s like in Iraq” was the familiar, self-congratulatory refrain inside, stated by distressed suburbanites as they licked their fingers and smacked their lips over sourdough bacon cheeseburgers.

Anyway, here are the g-rated pictures from our night in the dark… 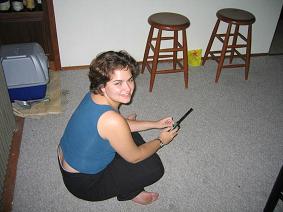 10 minutes without power. Rachel, playing with fire in the kitchen. 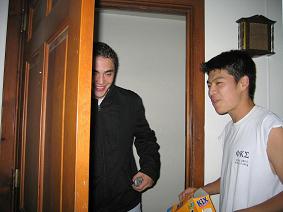 25 minutes without power. Company arrives, as Justin (left) seeks shelter from the rain.

45 minutes without power. Our new roommate Tony, in the kitchen, pontificating about who knows what. (If you look closely, you can see our chore board. No one reads that thing.)

One hour without power. Justin, hiding from everyone in the back room. 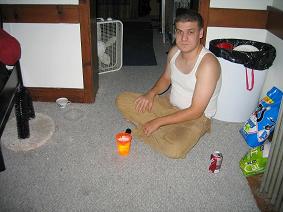 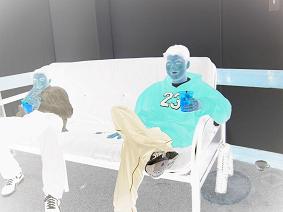 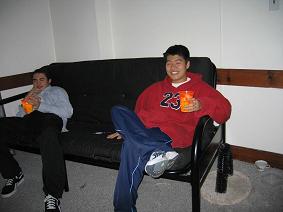 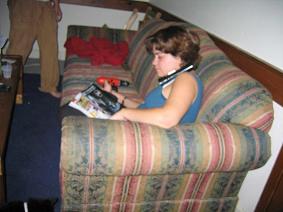 Two and a half hours without power. Rachel, trying to read Maxim in the dark. 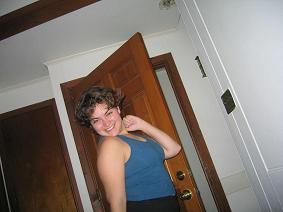 Three hours without power. Rachel begins to lose her grip on sanity. 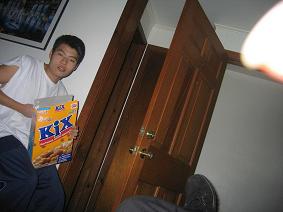 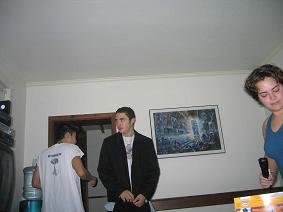 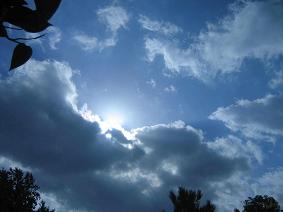 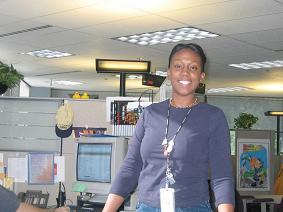 After 14 hours without Internet access, I never thought I’d be so happy to arrive at work. (That’s my coworker, Vhillisia.)

This entry was posted in Life. Bookmark the permalink.